Brain Drain is a Wakeup Call for Governments 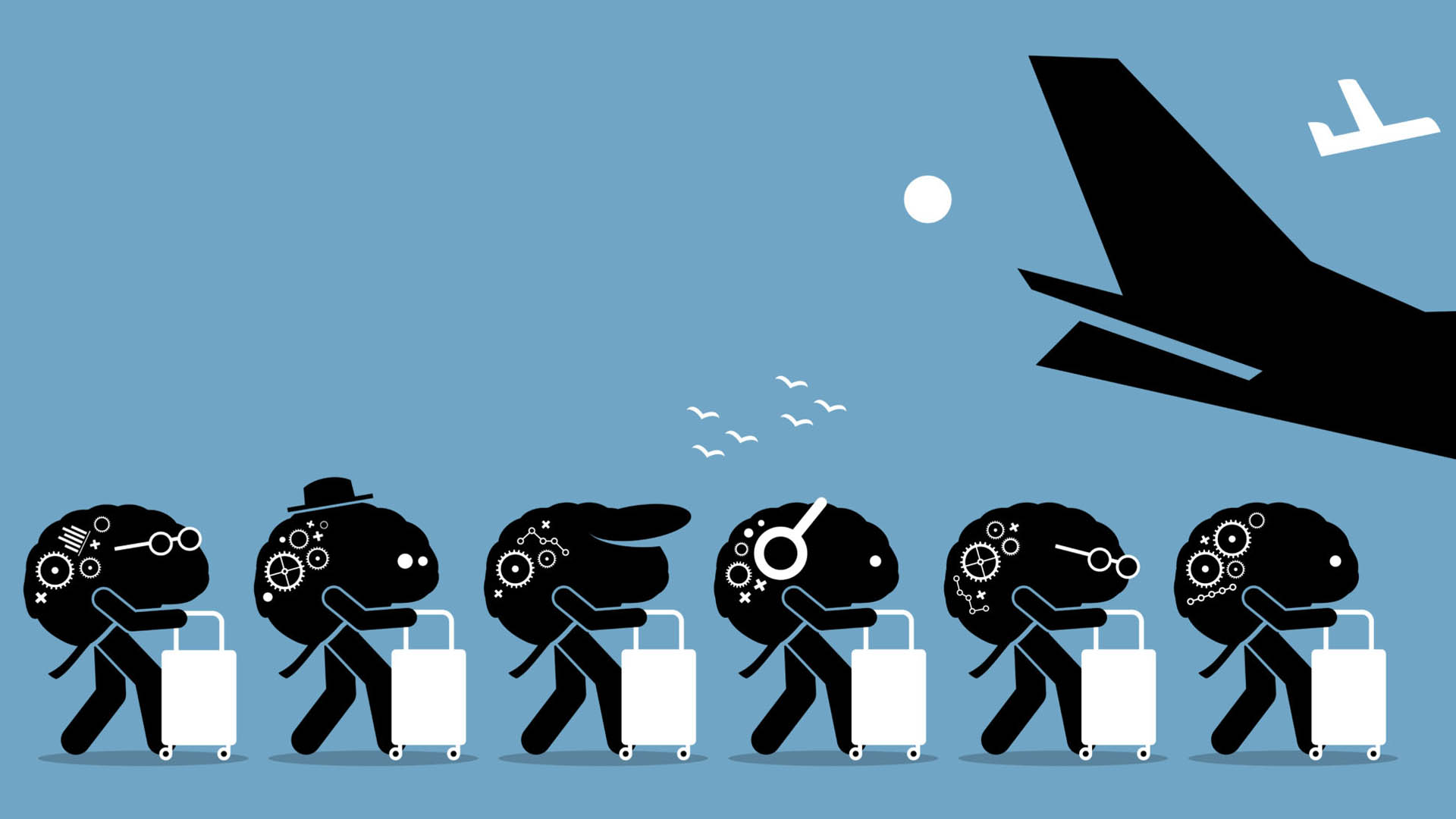 Brain drain represents the biggest threat to governments short of global ecological collapse. While human migration has been happening since the dawn of time, it has never been as alarming as what we have witnessed in this century. This phenomenon, also known as “human capital flight”, is the colloquial label slapped on the mass exodus of highly skilled individuals from their country of origin. These moves are usually permanent, meaning that a country in brain drain continuously hemorrhages human capital, eventually falling into a permanent skills deficit. A declaration of “brain drain” is a sign that government needs to implement swift and radical systemic change.

To get a true understanding of the world we live in today, 2019 saw the classification of over 272 million people as international migrants. Major events in recent years fuel the prediction that this number will continue to skyrocket. Neither can it be said that high migration is a plight seen only in developing nations, with the UK experiencing post-Brexit shockwaves in population movement. But, if this has been happening for millennia, why is this so dangerous for governments now?

Why is this a concern?

Brain drain has a domino effect. The steady erosion of the talented, highly skilled, or entrepreneurial portion of the population is both insidious and devastating.

Healthcare services come under increased strain as medical professionals move abroad in their thousands. New businesses don’t open because business owners don’t want to take the risk or can’t raise the funds. The local stock market crumbles and speculators take their capital to foreign shores. Visionary leaders flee, in search of compensation packages that correspond to their talent and expertise. Woven together, these factors create a vicious negative feedback loop, where apathy and stagnation reign supreme. Innovation and forward-thinking become foreign concepts. If this sounds alarming it should, it’s happening right now.

If that wasn’t frightening enough, brain drain exacerbates the global economic disparity between developed and developing nations. A survey carried out amongst 4,500 young people aged 18-24 across Africa revealed that 52% are considering emigration within the next few years. One young Nigerian painted a bleak picture - “90% of (my) friends want to leave”. 600,000 Nigerians graduate tertiary education every year across IT, engineering, business, and management. Quite simply they can make more money by leaving the country in search of better career prospects.

So, what can governments in brain drain do?

Reversing brain drain is possible but requires a total 180 in approach, beginning with a nation’s most valuable asset – its people. Upskilling and reskilling the local workforce not only boosts job prospects but works to shift the perception of international business towards developing countries.

According to the Future Workforce Report 2022 published by Upwork, a global freelancing platform, in the US alone, 60% of hiring managers are struggling to find the quality talent needed to fill roles and, as a result, are exploring creative ways to tackle the shortage. The solution lies in widening their radar to consider previously untapped markets like Africa.

Investment in large-scale digital skilling programs can help to stem the brain drain by giving people the skills they need to find sustainable employment that pays well and offers good career prospects. Develop the skilled workforce and you create a reason for inward investment from outside organizations, perhaps further aided by favorable incentives. You also create a large talent pool that could be accessed remotely, already around 38% of African software developers are working for companies based in countries outside their own. This is also a win for governments, workers remain resident in their home country, contribute to the national economy and act as a showcase for African digital talent.

Of course, this approach requires significant investment. However, there is evidence to support it.

elev8 has partnered with Microsoft and the Microsoft Africa Transformation Office (ATO) in Nigeria to equip and skill local talent from non-traditional tech backgrounds through digital skilling initiatives and programs. This pilot program took 125 learners and put them through an intensive training course. At the end of the program over 85% of learners had found work, many working for local Nigerian enterprises.

Meanwhile, in Rwanda, one of Africa’s fastest-growing tech hubs, elev8 and Tek Experts have partnered with the German Corporation for International Cooperation (GIZ), Harambee (leaders in youth skills acceleration), and Digital Skills Accelerator Africa to develop and deliver an IT skills acceleration program that will equip 5,000 participants with the technical, communication, and conversational skills they need to jump-start their technology careers. Once participants graduate, they are supported in their search for relevant employment by Tek Experts and other technology companies in Rwanda with the goal of helping to retain thousands of trained professionals within the country who might otherwise be tempted to leave.

elev8 is continuing to work together with governments, funders, and enterprises to scale up these programs and potentially skill millions of people. This would create not only a significant upturn in the available digital talent pool nationally and regionally, but also provide citizens a great reason to stay in their home country and develop their career, reducing the brain drain and the negative effects associated with it.

At elev8 we have the future in mind. We’re committed to delivering educational initiatives and digital reskilling programs that transform enterprises and governmental organizations worldwide, and most importantly make a positive difference to people’s lives.

© 2022 YNV Holdings Ltd and its affiliated companies. All rights reserved